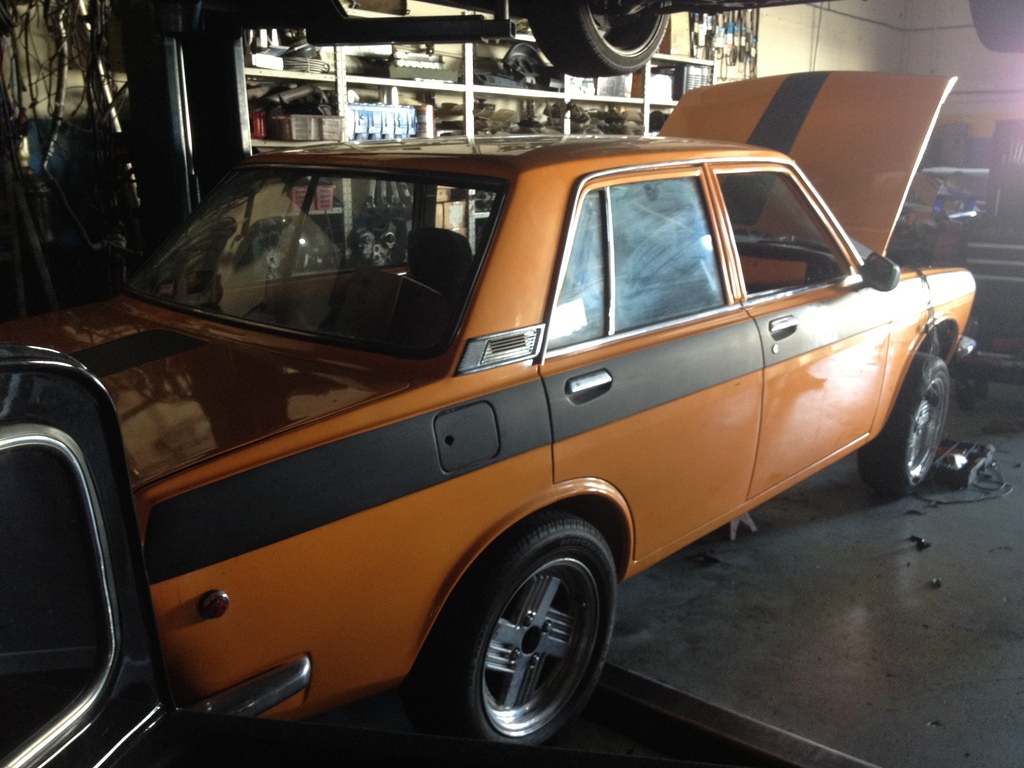 Let's get a closer look at this 510 at JER Development.  This is what we're working on here, a previously installed SR, non turbo.… 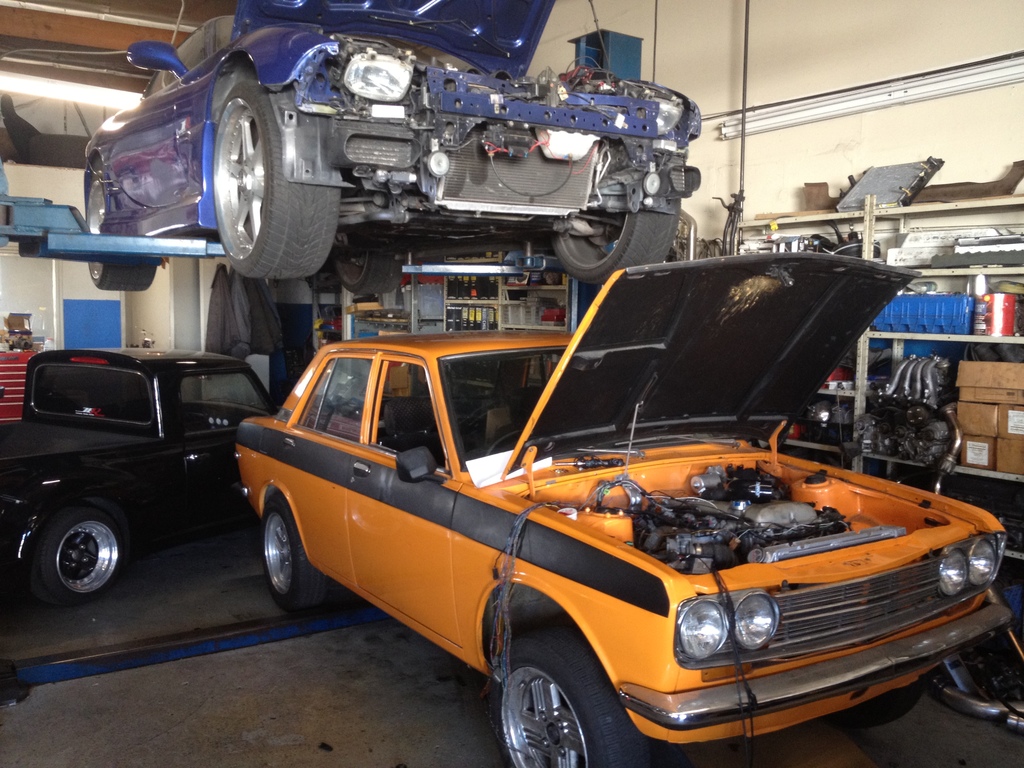 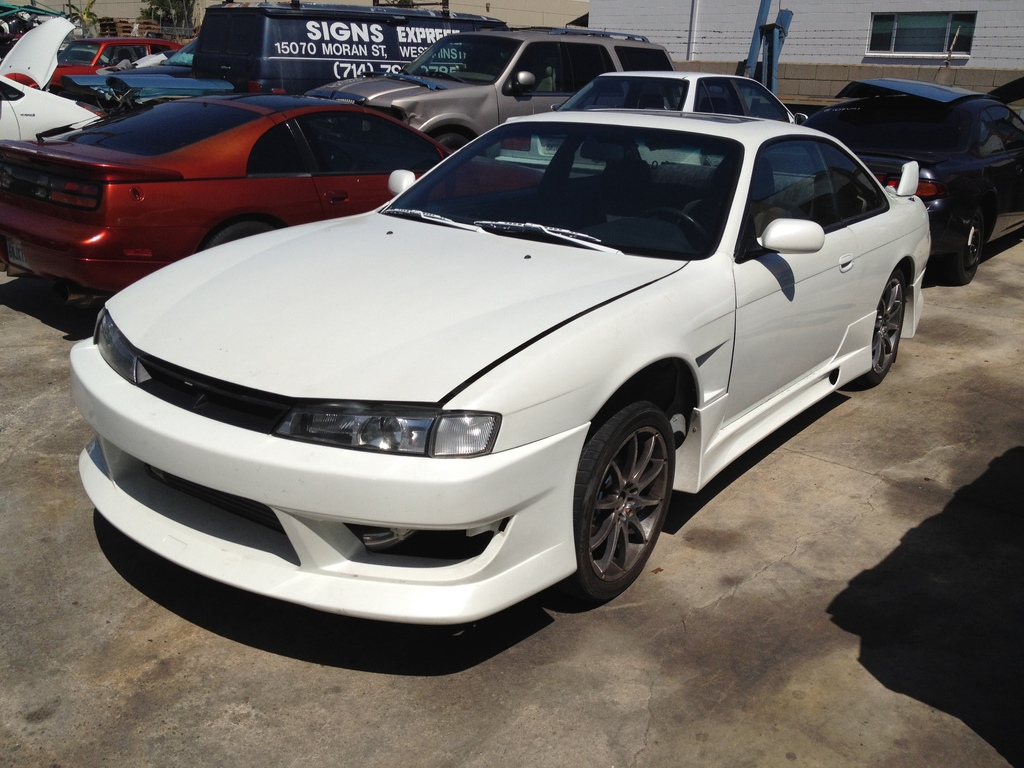 We left off last time, with Josh at JER with his project s14 to see if this was the place to take over the project.  Josh since then, has decided that the JER/ Auto Magic combination was the right one for his s14.

At this point, the project is officially under way.  Auto Magic is taking care of the paint and body work.  … 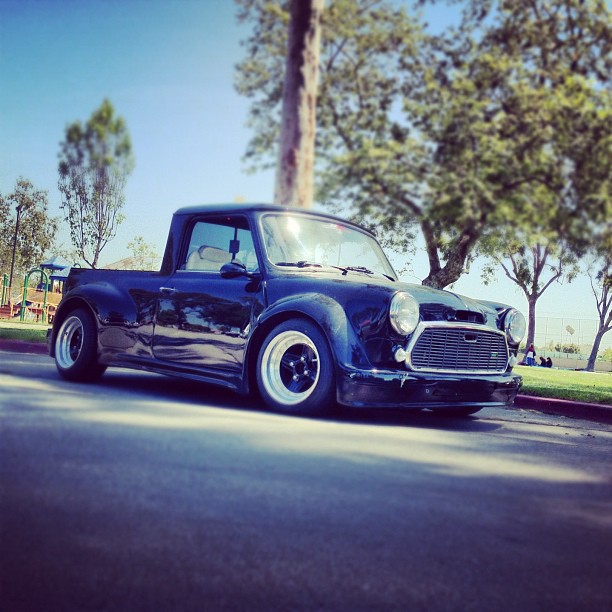 The GutzBros came down to JER today, and decided to take out the JER Mini RSX-S for a spin.  Have you seen them?  We haven't seen them since! 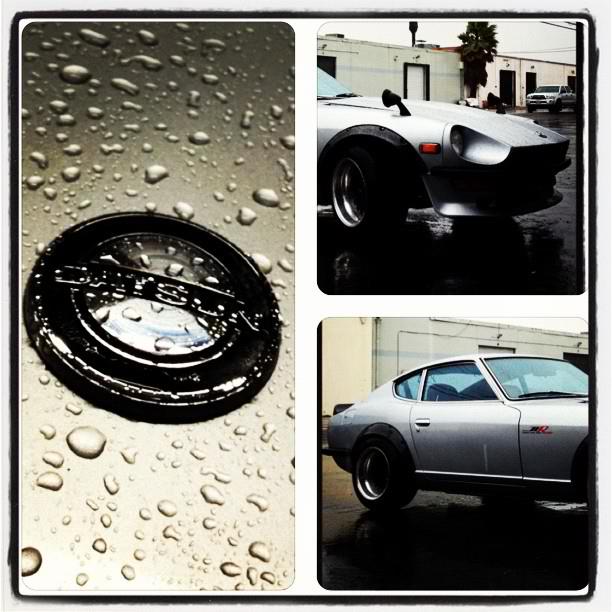 Auto Magic recently celebrated it's grand opening, but their work has been around.  They've been trusted with most if not all of JER's top cars, including the 240z, Celica, Rx7 FD, Datsun Fairlady, and the 300zx.  If you're looking for a show quality paint, or outstanding body repair, Auto Magic should be your choice. 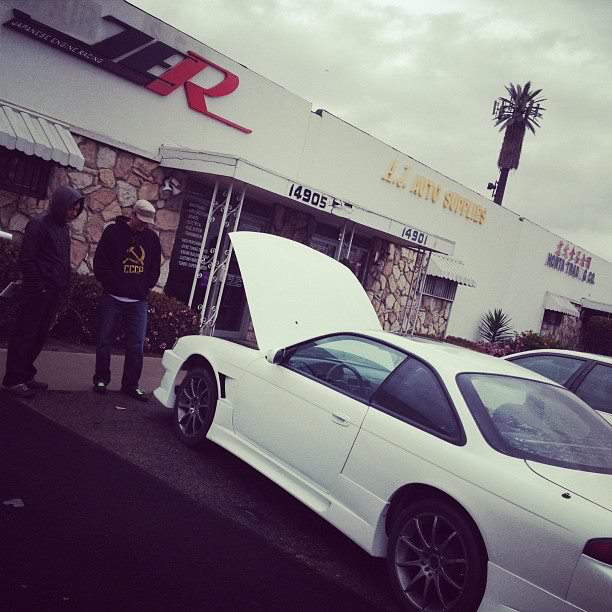 This is Josh, he is currently not satisfied in the way his Nissan 240sx is coming out.  He decided to bring the s14 down to JER Development.  And after describing what his goals for his care are, Linh immediately replied - "No problem."  Now, with Josh's confidence and determination, and JER Development's means, and ability, you might be seeing a quality show car.  Check back to see what…

YouDrift.net shared this video with us.  Here is some raw footage from Forrest Wang's  Get Nuts Lab blowout BBQ in Las Vegas Nevada.  Thanks for sharing, for all the drift…

For all the Rotary Fans: Replay XD1080 - Fast Laps at Infineon with Zach Veach

A Blast From the Past

JER Development has been in business almost 20 years.  Here is a photo of an early day of JER.  At this point it was known as JEL.  Can you guess why? 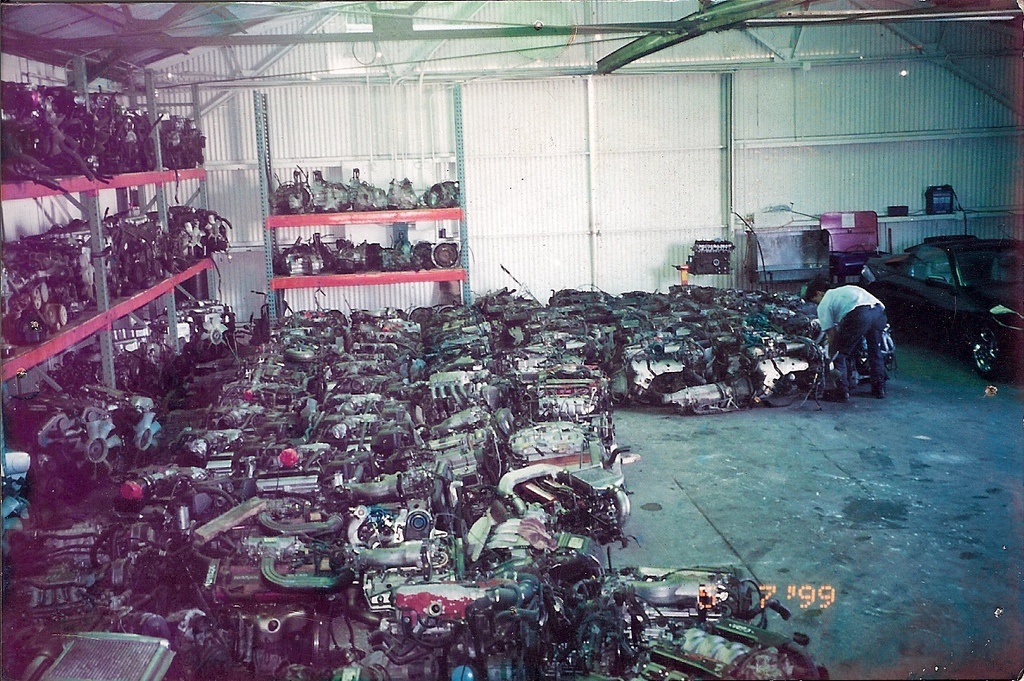 Another one of our loyal customers shared a video with us.  Sharkerio sent us this video of some drift practice, with some JER livery.  He's a regular customer, and brings in his daily driver for regular maintenance.  We take it this is a private location, right. Thanks for…

JER was recently tagged in this Facebook photo, of Marco's Infiniti M30 (Nissan Leopard).  He recently brought it in for a full tune up.  We liked it so much, we thought we'd share it. 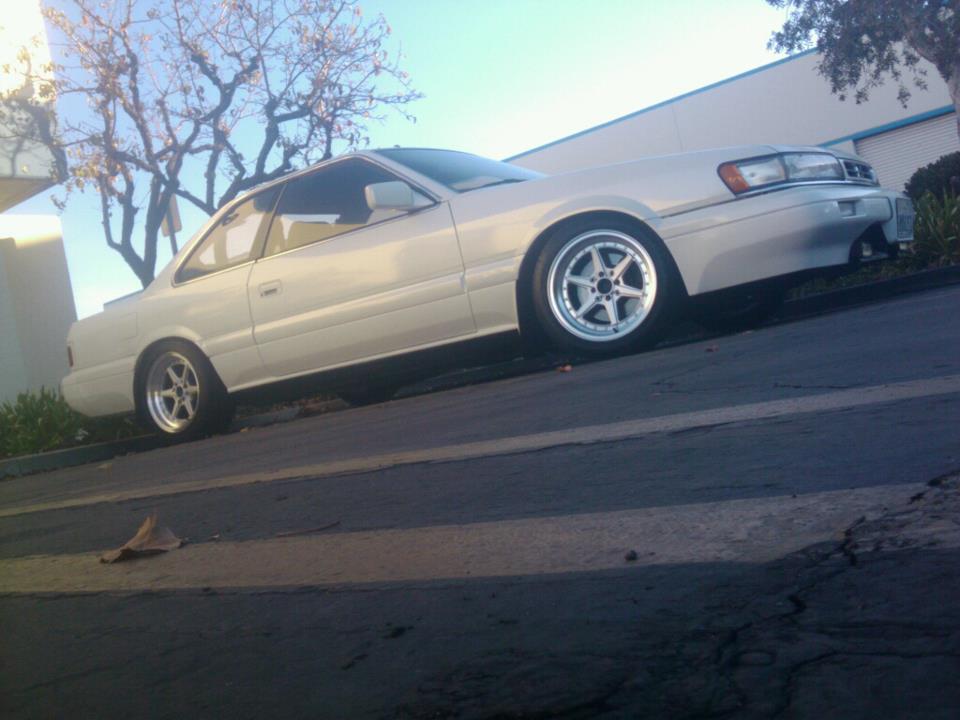 Well it's a new year, and as the media guy finally makes it back in, he noticed Edson Castro's Z33 up on the lift.  The car looked a bit different from the last time he shot it.  He took a couple mobile snap shots to track a bit of it's progress. 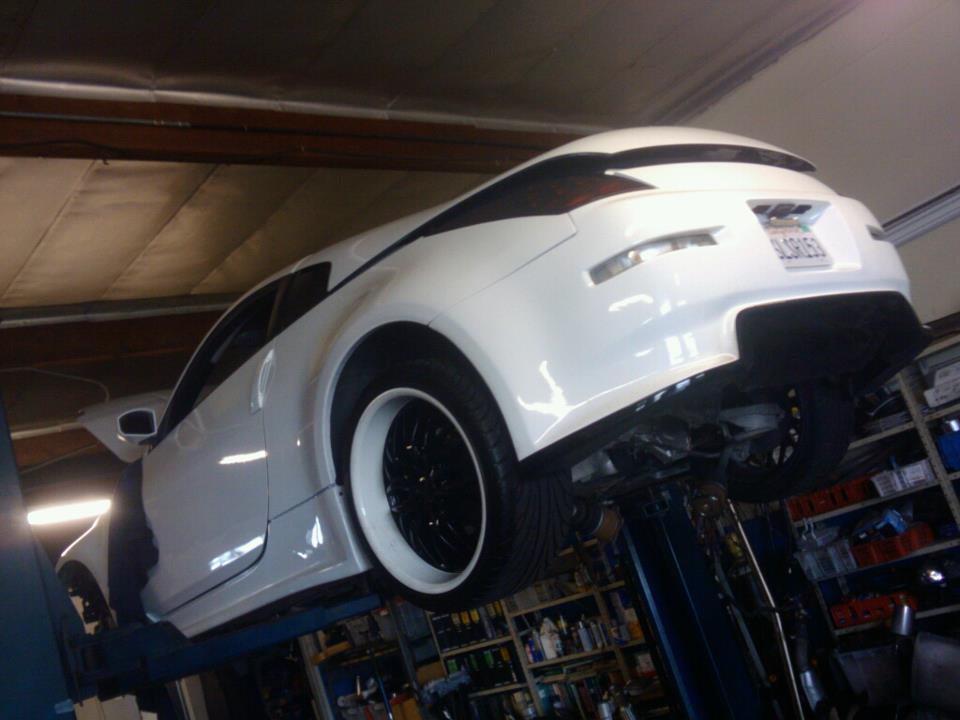 Starting from the rear, and working forward, yo may notice the differential missing.  This Z33 is ready for it's…

Ever Wonder How Some of the Best Turbo Chargers are Made?

At JER Development we trust the name Turbonetics for our vehicles, and recommend them on our customer's cars.  Here is a really cool video of how a Turbonetics turbo charger is made, on the Science Channel.  If you don't want one after watching this video, then come take a ride in one of the JER cars equipped with a Turbonetics turbo…

Looking for a Boost?

One of the most effective ways of making power from your car, is to put a turbo on it. For whatever vehicle you have or horse power you are trying to make, Turbonetics has a turbo for you.  Our friend Reggie Wynn tells you more about the new products and applications available, from SEMA Show 2011.

For more information on Turbonetics visit…

Does this Market to Your Special Interest?

We noticed this TEIN ad circulating the web recently.  We think this is a great marketing move for TEIN USA and believe it was well produced with a clear message.  TEIN has been a brand you can trust for many years.  Do you believe this ad puts them ahead of their competition.  What other brands do you trust, or think should also implement this type of marketing technique? 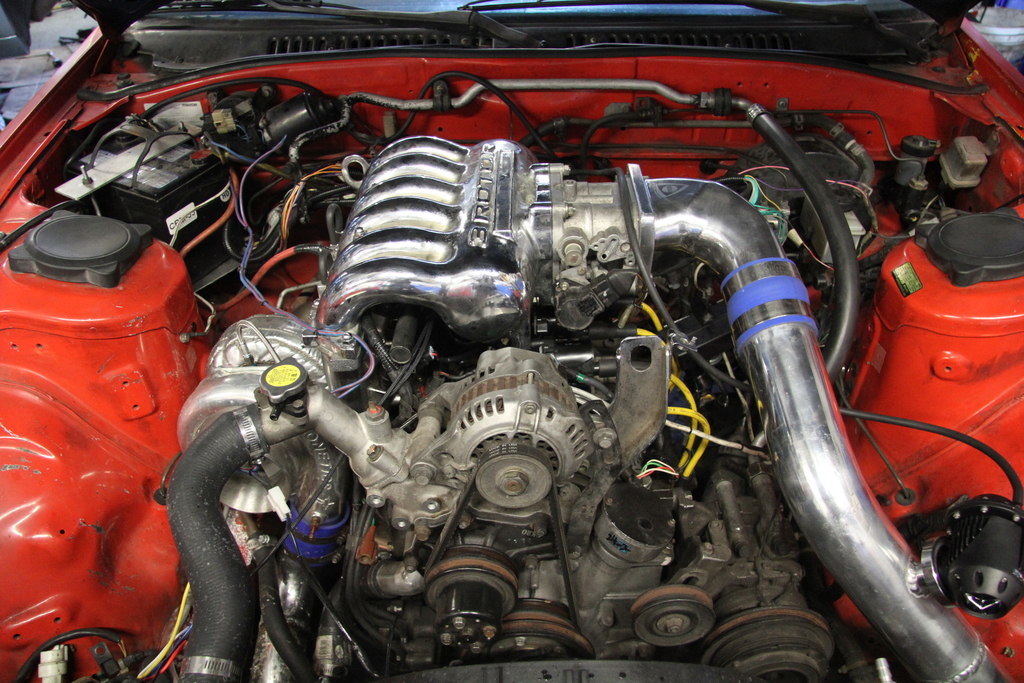 The FC is really coming together.  More recently, we had some fitment issues with the intake pipe of the 20b motor in the FC. The 20b pipe runs flat and forward, causing some hood clearance issues.  Linh worked his fabrication skills and took the new pipe, cut it and re-welded it at a new angle. …

A few weeks have passed since the IDRC International Finals at the  Autoclub Speedway in Fontana.  We attended the IDRC Finals and had the "Silly Car" on display while we enjoyed some races. As we walked through the pits making our way to the grand stands, we saw this nice 1973 Celica coupe.…
Continue 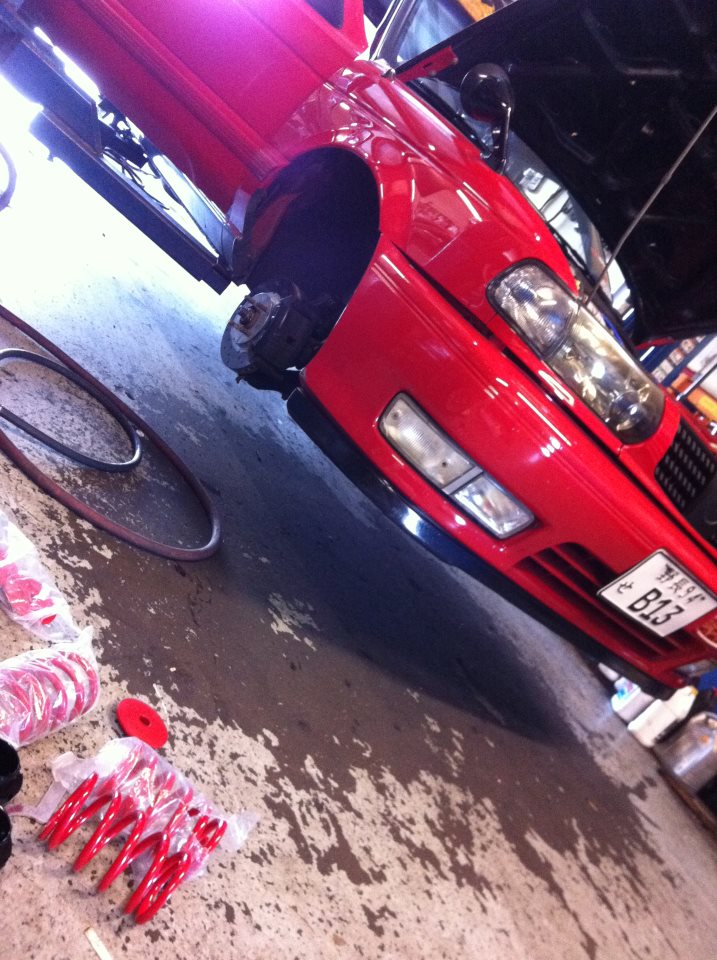 Today Mike was able to bring in his SE-R to have the coil sleeves installed so he can get that low stance he's been wanting. 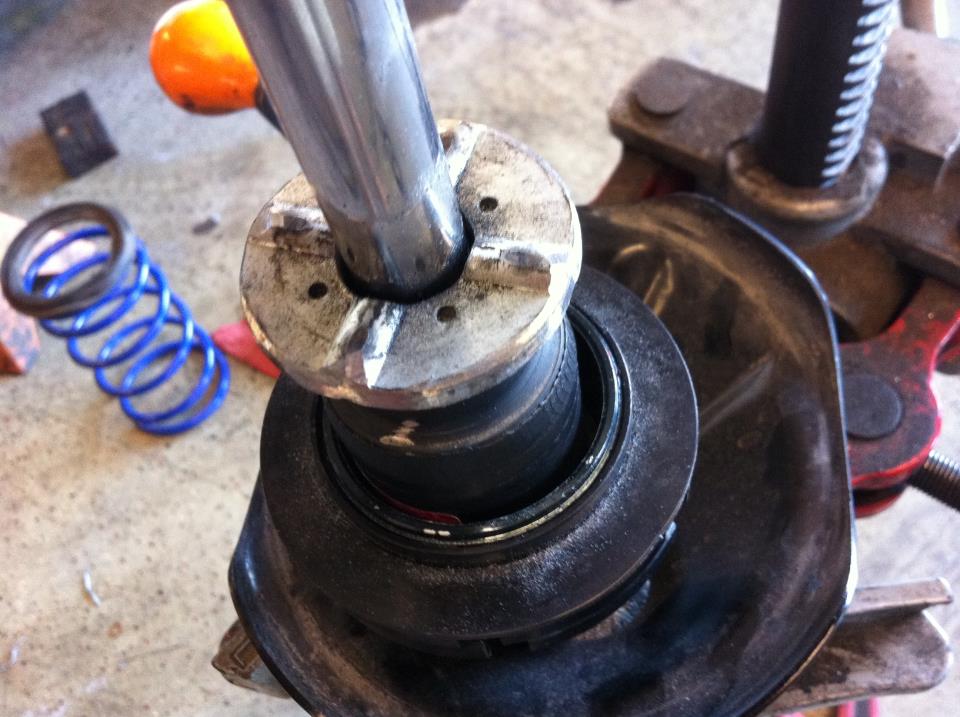 The only small modification that had to be done was to grind down the piece shown above, so the coil sleeve can fit.… 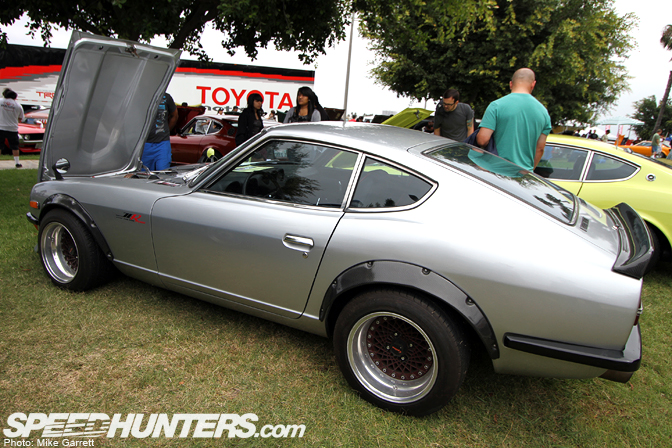 The 2011 Japanese Classic Car Show (JCCS) took place one week ago, filling the Queen Mary's park with some of the best kept Japanese classic cars.  They weren't just local showers either, there were many cars brought from out of state.  The two…